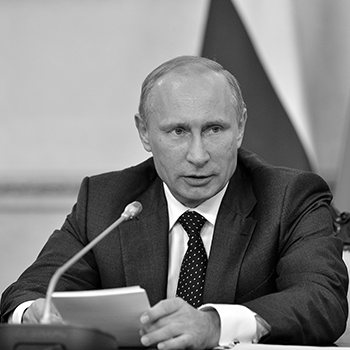 Political Capital is among the best-known researchers of institutional authoritarian influence in Europe. Our research focuses primarily on what challenge Russia, China and Turkey pose to democracies in the European, regional and national contexts. We place a large emphasis on geopolitical efforts; the systematic analysis of political and cultural influence; hard, soft and sharp power.

We monitor which patterns displayed by the Russian, Turkish authoritarian regimes surface in the Hungarian political system. We analyse how Chinese influence operates, its political and diplomatic stimuli and drivers in the region and in the European Parliament.

We have a decade of experience in researching the Kremlin’s European political influence. Our institute warned already in 2009 about Eastern European far-right parties’ pro-Russian attitudes, and our analysis published in 2014 called attention to the fact that far-right actors represent the Kremlin’s interests all across Europe. In 2016, we analysed the relationship between far-left parties and the Putin regime as well. Our case studies on various countries and comparative regional analyses explored the Kremlin’s interests’ representation in and effects on mainstream parties, media and social media, culture and civil society, and the violent radicalisation of paramilitary groups. We are monitoring the effect of the Kremlin-controlled propaganda machine in Hungary and the region (mainly in the V4). Our research results are regularly publicised in anti-disinformation reports, studies and policy papers.

The goal of our research programme is revealing authoritarian regimes’ effects on Europe and, most importantly, on Central and Eastern European countries, awareness-raising about the foreign- and security policy threats it poses and formulating recommendations on fighting this threat.