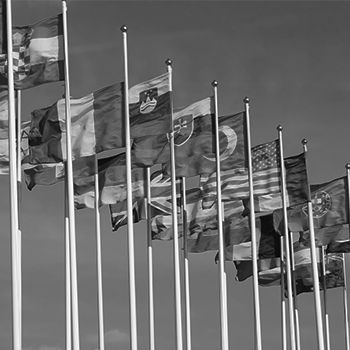 Political Capital’s International Relations Programme focuses on the most important political, institutional issues affecting the European Union (EU) and the factors influencing the future of the integration project. In 2013, we wrote a three-part study on the various aspects of the EU’s institutional and political crisis. As contributors to the New Pact for Europe project, we organised an international conference in Budapest about the strategic opportunities for Europe’s future, and we wrote a study examining the attitudes of the EU28’s citizens on the future of the bloc. We conducted research into the free trade agreement between the EU and United States (Transatlantic Trade and Investment Partnership, TTIP) and its domestic and regional evaluation.

In Central and Eastern Europe, we are focusing on the Visegrád Group (V4). In the V4 and the future of the EU project, funded by the International Visegrád Fund (IVF), we are writing analyses on the most important issues affecting the Visegrád states. We participated in the Central European Futures project examining potential scenarios for the region’s future, managed by the journal Visegrád Insight and the German Marshall Fund.

In the programme, we place great emphasis on Hungary’s foreign relations, especially the country’s EU policies and its bilateral relations with the US, China and Russia.