Political Capital co-organized a public event with the Institute for Human Sciences (IWM) and Erste Foundation, and the Center for European Neighbourhood Studies (CENS), bearing the title ’Eastern Europe Goes South?’. The two main topics the panel discussions focused on were Hungary’s and Central Eastern Europe’s role in the Balkans and the Western Balkans’ EU accession perspectives. 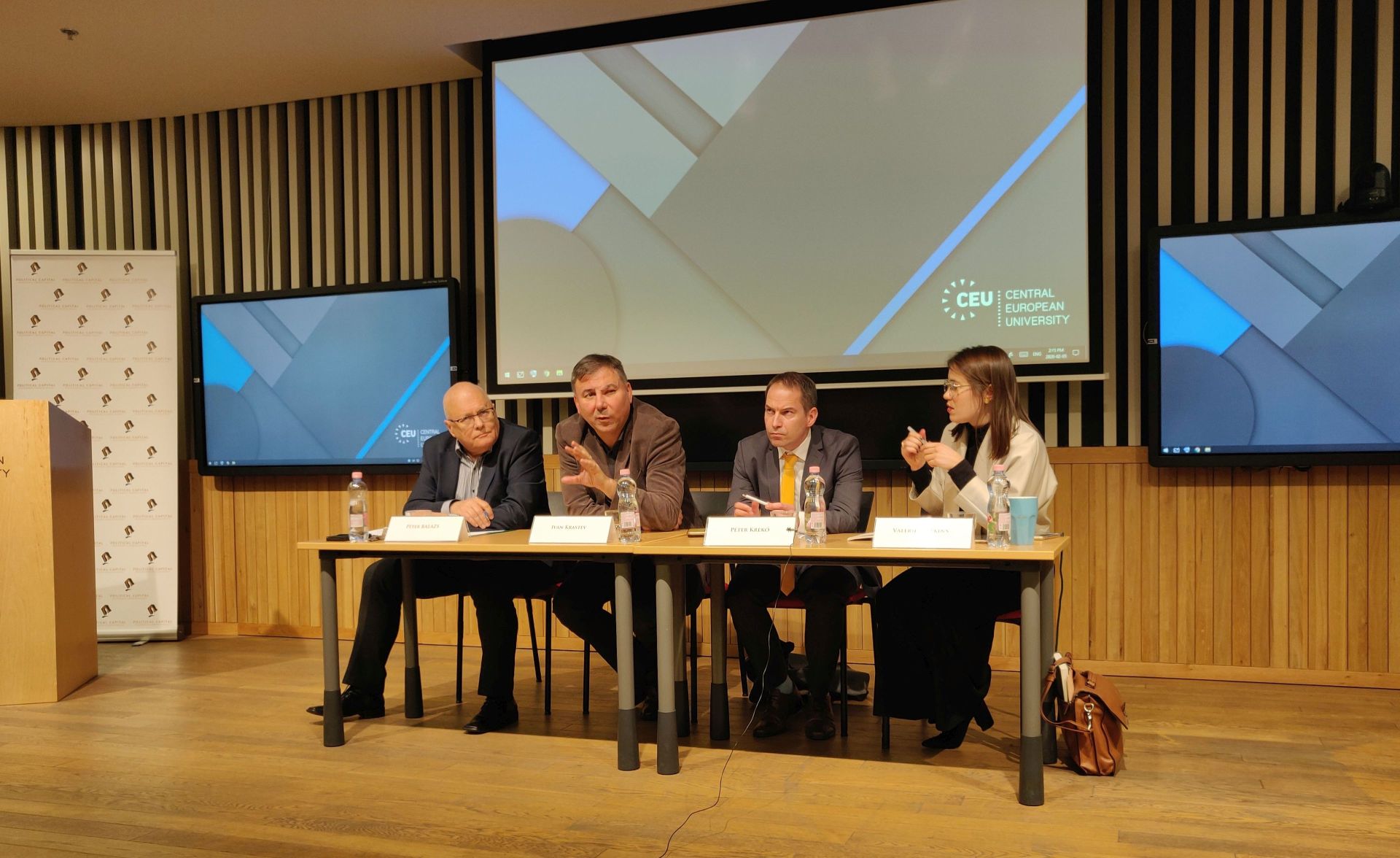 The first discussion’s main topic was the interests of Central Eastern Europe in the Western Balkans. The participants of the panel were Péter Balázs, Director of CENS, Ivan Krastev, Permanent Fellow of IWM, Péter Krekó, Director of Political Capital Institute; Europe’s Futures Fellow, IWM/ERSTE Foundation and moderated by Valerie Hopkins, a journalist at Financial Times. The speakers discussed the role model PM Orbán serves as for an increasing number of Western Balkans countries, as he is perceived as an insider of the elite club, who winks out at the outsiders desperately waiting for the entry. What these outsider states see is, that a given country only has to comply with EU rules, values, and norms until it is accepted as a club member; afterward, its leaders are free to do whatever they please. The speakers also pointed out that the overall EU accession deadline is fading away at the horizon, as the widespread support for it within the EU both on the level of the elites and the population declined tremendously. The means, patterns, and goals of Hungarian influence-seeking in the region were discussed as well. 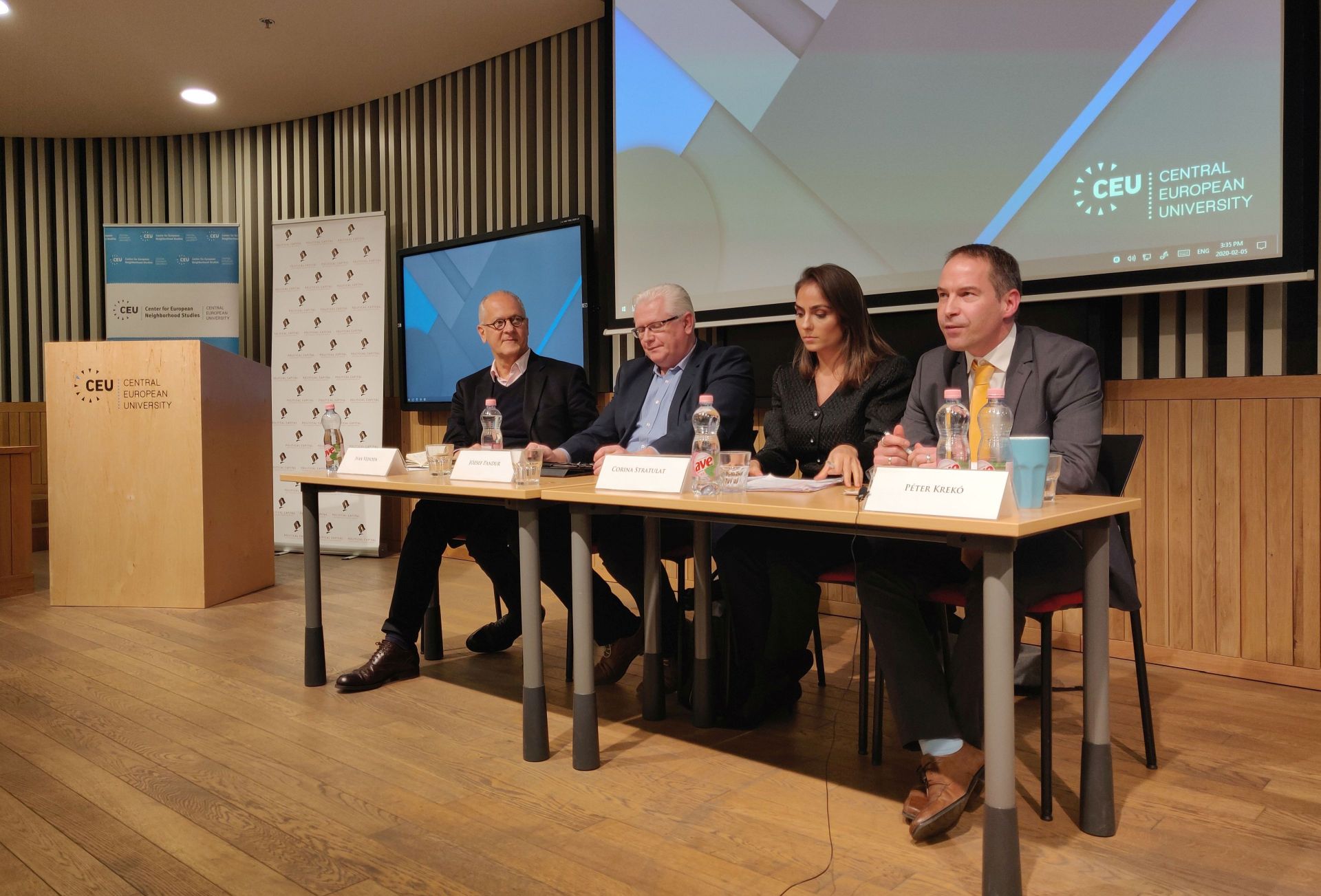 The second panel’s speakers were József Pandur, former Ambassador of Hungary to Belgrade and Sarajevo, Corina Stratulat, Senior Policy Analyst at the European Policy Centre, and Ivan Vejvoda, Permanent Fellow at the Institute for Human Sciences. It was moderated by Péter Krekó. This discussion focused primarily on the Western Balkan countries’ possible accession process, what went wrong, what could have been done differently and what perspectives lie ahead in case of either the completion or the incompletion of the accession process. 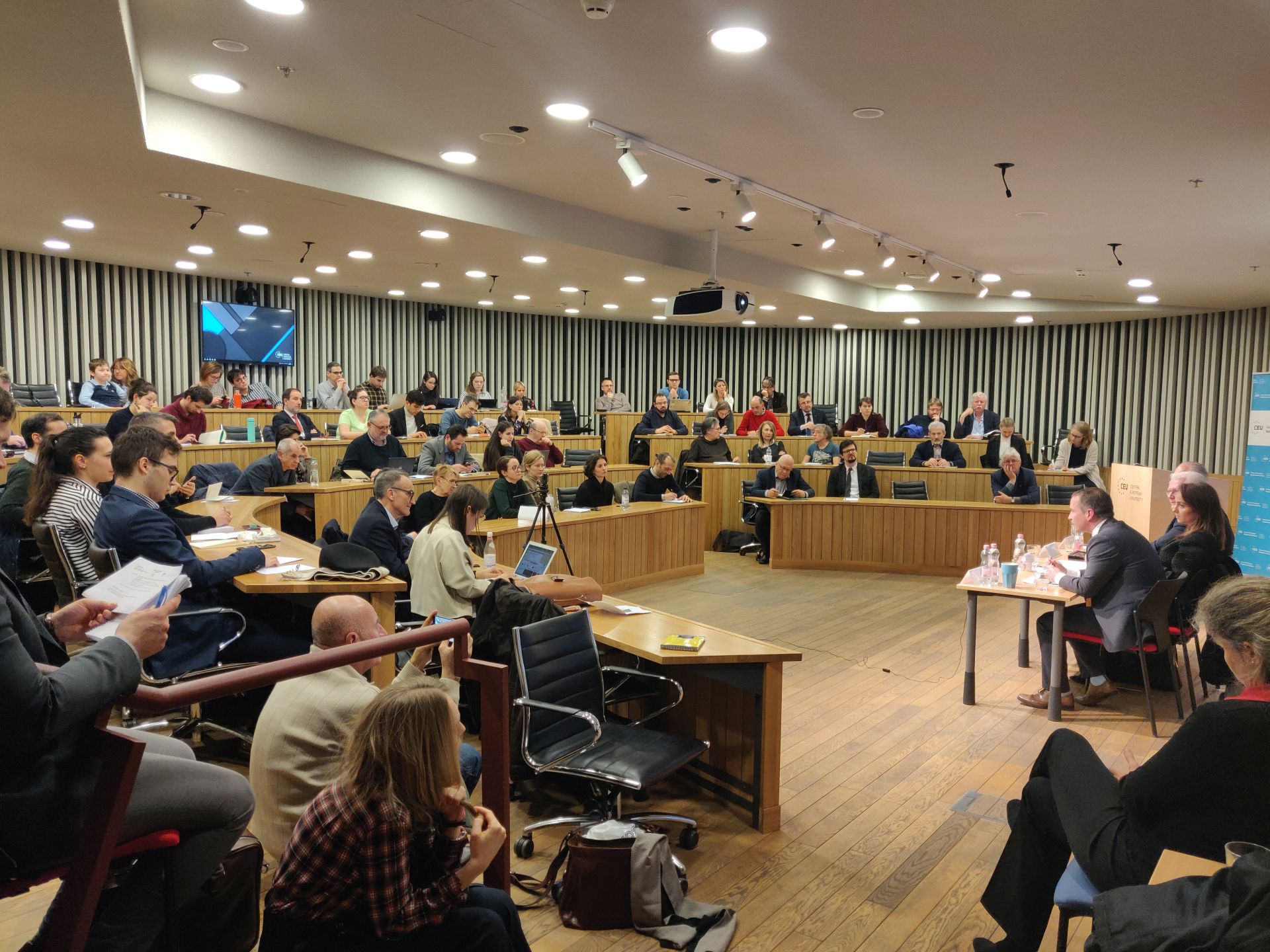 The event was held with a full house, with more than a hundred guests, including distinguished visitors from the diplomatic representations of Albania, Belgium, Canada, the Czech Republic, Denmark, Finland, France, Germany, Greece, Italy, Mexico, Montenegro, the Netherlands, Norway, Lithuania, Romania, Serbia, and Spain.  The level of representation of these embassies was the following:

Besides the diplomatic representatives, former MEP, Ambassador and currently Vice-Resident of the Hungarian Atlantic Council István Szent-Iványi, many university professors, journalists and students attended the event.

There was a live stream as well, accessible here: