On 4 March 2022, Political Capital organised a conference to discuss the situation of the Russian-Ukrainian war, where Ukraine's ambassador to Budapest Ljubov Nepop was joined by geopolitical experts to present the latest developments in the conflict and the possibilities for Western and regional assistance, and solidarity towards Ukraine.

In his introduction, Péter Krekó, director of Political Capital, stressed that majority in Hungary condemns the inhumane, brutal, and lawless Russian aggression, which has resulted in Russia's extreme isolation on the international stage – as we could see in the vote in the UNGA recently. 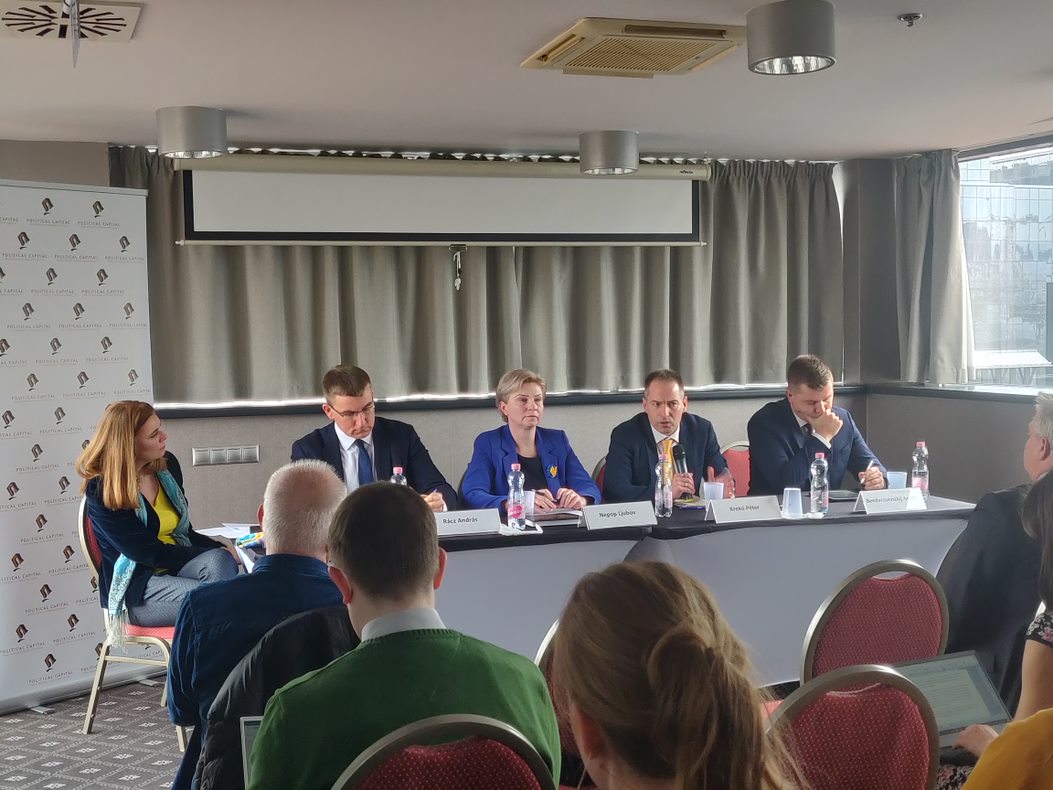 Ambassador Lyubov Nepop reiterated that the Ukrainian government remains confident that the military and political victory against Russia can be achieved, however, this will continue to require regional and Western aid to be delivered to Ukraine's war effort and national defence. She stressed that the Ukrainian army and civilians would need, first and foremost, a no-fly zone to be established over Ukraine by Western countries or NATO and the swift adoption of further sanctions against Russia to contain Russia’s military aggression.

In her speech, the Ambassador highlighted and thanked the Hungarian government for its quick and effective humanitarian assistance provided to Ukraine and Ukrainian refugees arriving in Hungary, as well as the support for sanctions and for the EU candidate status of Ukraine. A good example of effective communication between Hungary and Ukraine was the Russian artillery attack on the Zaporizhzhia nuclear power plant, about which the Ukrainian Embassy informed the Hungarian authorities in the middle of the night, who assured the Ukrainian side of their assistance.

The Ambassador underlined the fact that Ukraine is defending Europe and European freedom from the restoration of the Soviet Union, which the Hungarian anniversaries are a repeated reminder of:

"The anniversary of the 1848 Revolution is coming and they are talking about the utility cost cuts (based on the long-term gas contract between Hungary and Russia – editors)?  Isn't human life important? Do those who put the reduction of utility costs before freedom have the right to celebrate on 15 March? Please, this year only those who have the courage to stand up for freedom should go out to the streets to celebrate," she said in an emotional speech to the audience.

The security experts of the panel were more pessimistic about the state and outcome of the war. Anton Bendarzsevszkij, director of research at the Danube Institute, and András Rácz, a senior security analysts at NKE SVKK, agreed that NATO could not create a no-fly zone protecting Ukraine without further escalation of the war and the possible outbreak of the third world war. There was also a consensus that the Ukrainian Army could hold out against the Russian military for at least of 6-8 weeks, after which irregular warfare could ensue, which is a strategy already employed by the Ukrainian Army. What is certain is that the Russian Army's blitzkrieg attempt to subdue Ukraine failed, and it is now slowly overwhelming Ukrainian defences with classic World War II-style urban sieges and encirclement operations.

Despite a possible and highly likely Russian military victory, it is difficult to forecast a positive political outcome scenario for Russia. A military invasion of a country of forty million people would be a futile undertaking, simply because the Russian Army would not be able to do so due to lack of manpower, and the establishment of a pro-Russian puppet government would probably not be supported by the majority of Ukrainians in the long term. Nonetheless, the current domestic political support and backing of President Vladimir Putin appears stable, said the experts. Although sanctions are a serious problem for the Russian economy and population, Russia is able to provide for its population’s basic needs in the longer term. The Kremlin keeps the majority of Russians in an information, media bubble, which is why polls show that only 25% of the population oppose the war, 25% continue to support Putin, while 50% of the population is politically passive or lack information about the war due to the censured public sphere. Some kind of 'revolt' by the elites is not to be expected either, as the fate of the oligarchs is tied to the Russian president and the outcome of the war at this point, precisely because of the sanctions. In order for the anti-Western Russian narratives to change, sanctions would have to be linked to data on the war and real information about attacks on civilians in the Russian public sphere. 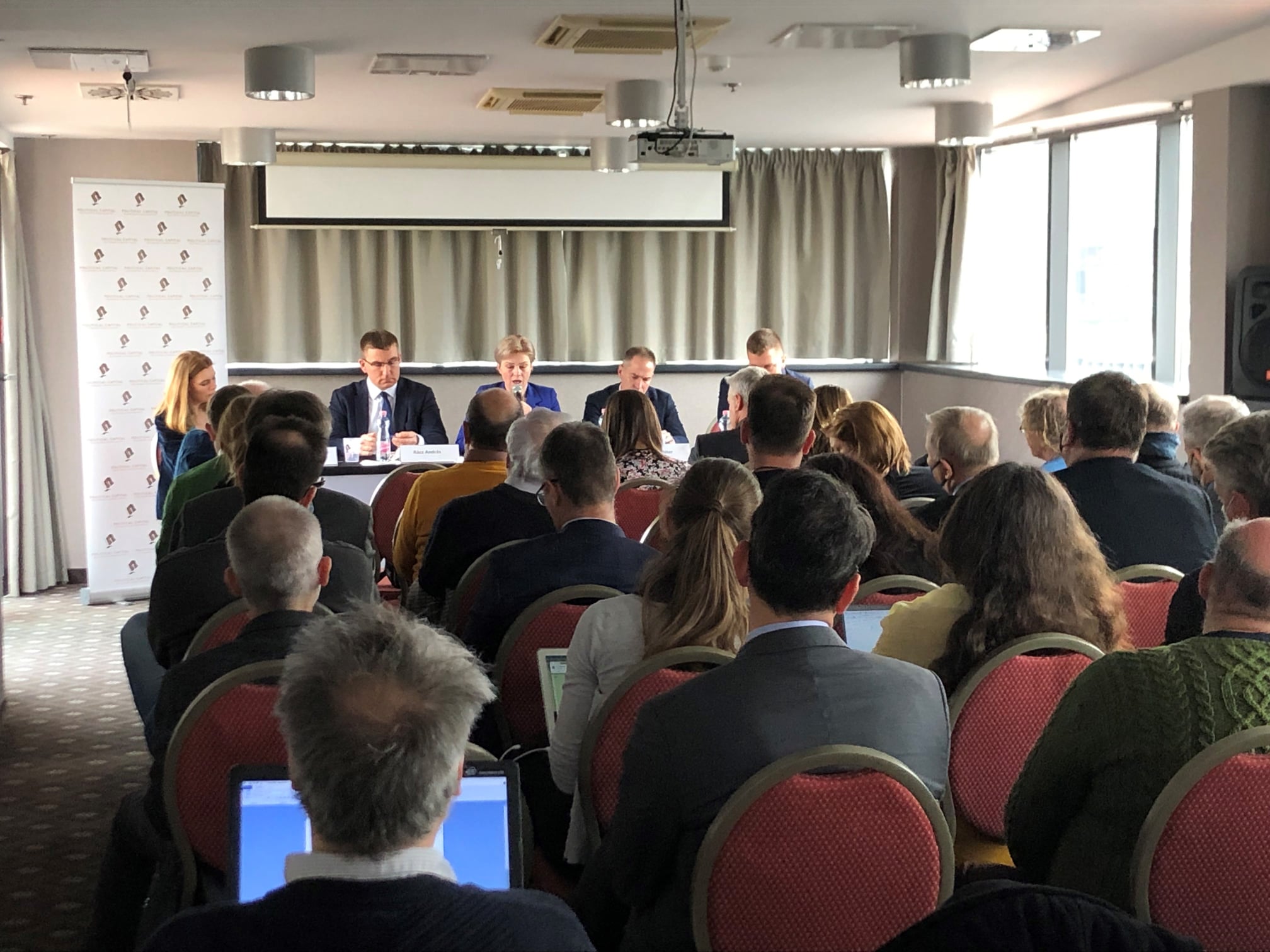 Péter Krekó, director of Political Capital, spoke in detail about the changing strategy of the information war. He said that while Russia's leadership is trying to limit the public's access to credible information in a number of ways, there is also an attempt in the West to reduce access to explicit Russian disinformation sites. In the European Union, for example, access to the news channels Russia Today and Sputnik has been restricted, and Facebook, Twitter, and YouTube are taking action against them. As a result of all this, Russia's official disinformation infrastructure has been weakened considerably in Europe. Moreover, Russia has already given up trying to convince Western public opinion that this is a just war.

All participants stressed that Ukraine will need long-term assistance during the current active phase of the war and beyond from its regional and European partners. According to András Rácz:

"The Russian elites need to be brought to the point where the escalation dynamics change, so they have to ask whether Ukraine is worth the war and the sanctions."