Anti-gender and anti-LGBTQI mobilisation in Hungary has increased spectacularly in recent years, mainly due to political reasons. Mobilisation is largely centrally driven. Its leading actor is the government/governing party, which has made the issue a central element of its ideology and a key instrument for holding on to power. Through the government-organised media, NGOs and think tanks, Fidesz actively manages the issue, sets the direction for mobilisation, provides resources, creates and supports organisations, and exerts a strong influence, directly or indirectly, on other actors. Alongside them, allied family, youth and anti-abortion organisations, far-right actors and, to a lesser extent, religious organisations play an essential role. Some Hungarian actors, especially the government, the government-organised media, NGOs and think tanks, and certain independent actors are firmly embedded in the international anti-gender and anti-LGBTQI network. International connections are crucial for Fidesz both in terms of creating an apparent international legitimacy and in terms of building alliances and gaining influence abroad (see efforts for a joint EP political group with far-right parties).

Political Capital's research aimed to map the actors involved in anti-gender and anti-LGBTQI mobilisation in Hungary as well as their networks abroad. A summary of the research's results can be found below in Hungarian, and the full study is available in English in both longer and shorter versions.

We have drawn heavily on previous research on the subject. In this light, we owe special thanks to three individuals whose work was essential to our study and from whom we borrowed a wealth of data and insights. In alphabetical order, Kata Bálint, an analyst at the Institute for Strategic Dialogue, Eszter Kováts, a researcher on anti-gender politics who has just completed her PhD on the topic, and Márton Sarkadi Nagy, a journalist of Átlátszó.

Our other materials on the topic:

Main findings of the research 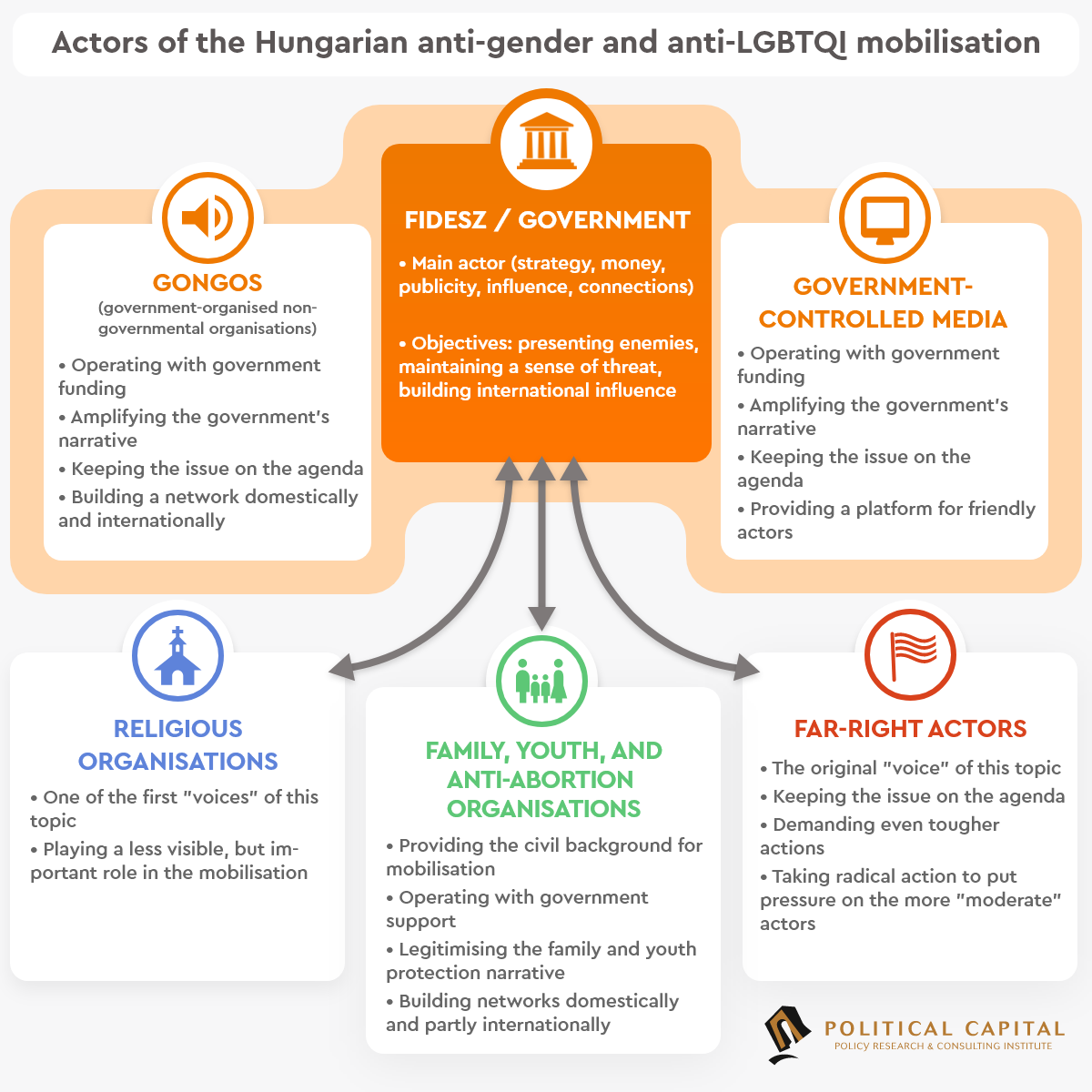 [ii] The classification of Hungarian legislative acts into two categories, preventive and rights-limiting legislation, is based on the following work: Kováts 2021

[iii] The presentation of the connections between Hungarian and German anti-gender and anti-LGBTQI actors and the lessons drawn from it are based on Eszter Kovásts’s dissertation: Kováts 2021