The War against Ukraine, disinformation, and the image of the United States - Discussion with Michael Weiss 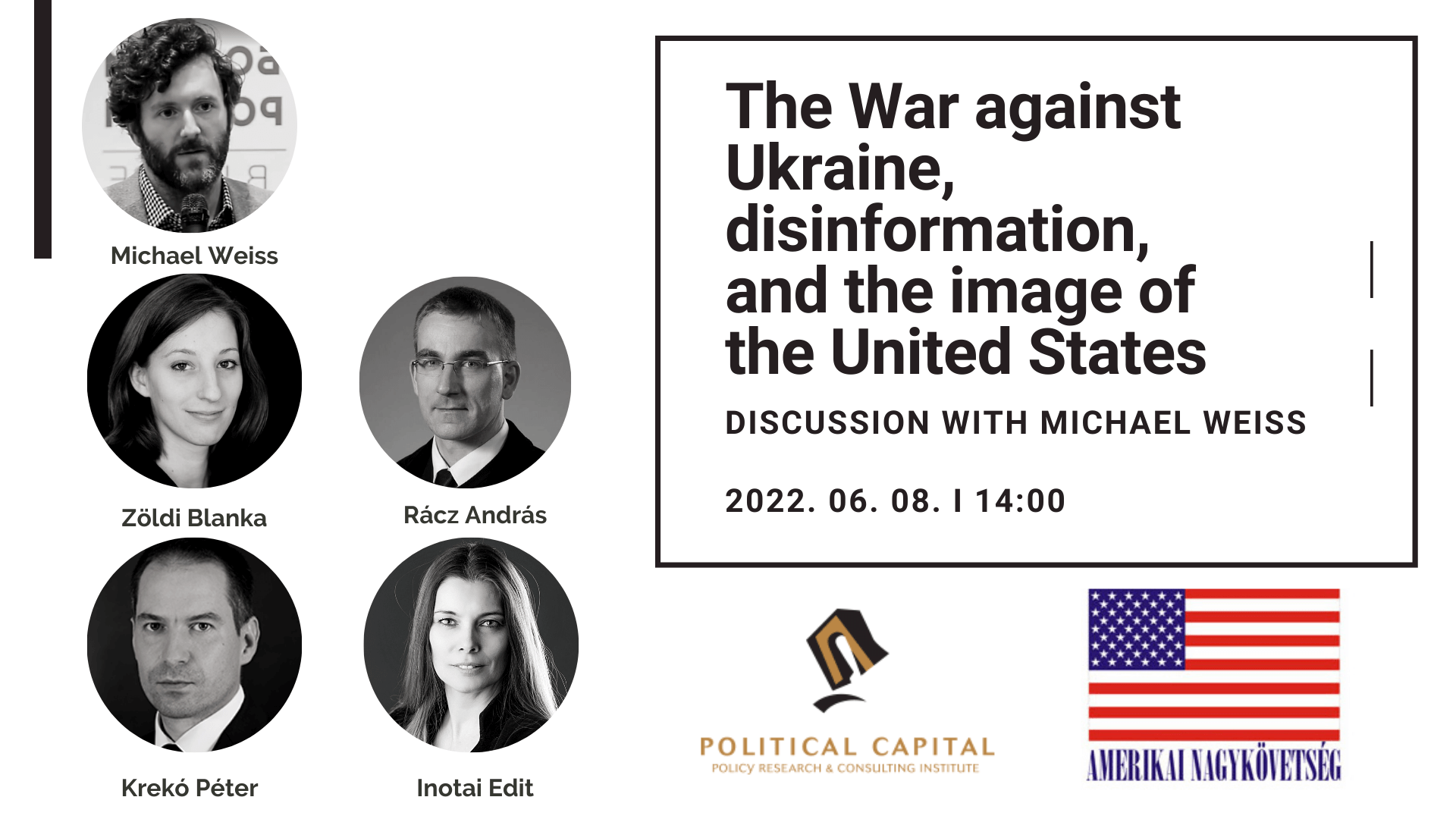 Russia’s war against Ukraine was preceded and followed by a large new wave of pro-Kremlin disinformation– not only against Ukraine, but against the EU and the United States as well.

Our special guest to discuss these issues will be a renowned expert on disinformation, Michael D. Weiss. Michael is an internationally respected investigative journalist who has covered the wars in Syria and Ukraine and published widely on Russian espionage and disinformation. He is a co-author of Inside the Army of Terror and The Menace of Unreality: How the Kremlin Weaponizes Information, Culture and Money. His first publication on ISIS was a New York Times Best Seller and named one of the Top Ten Books on Terrorism by the Wall Street Journal as well as one of the Best Books of 2015 by The Times of London. It has been translated into seventeen languages, including Hungarian. He writes a column for The Daily Beast and serves as Consulting Executive Editor for Coda.Story. He is news director at the New Lines magazine, contributing editor at The Daily Beast, and director of special investigations at the Free Russia Foundation. He is a regular contributor to CNN and also worked for the CNN Investigates team as Investigative Reporter for International Affairs. He is a regular guest on MSNBC, the BBC and Real Time with Bill Maher as well. He is currently working on his new book on psychological warfare conducted by the Russian Military Intelligence Center (GRU).

After Michael shares his thoughts, Political Capital Institute will introduce the results of a research project on how the past years, and especially the war of Russia against Ukraine shaped the image of the United States in Hungary.

14:40-14:50     The image of the United States in Hungarian media – presentation of Political Capital’s study

14:50-15:45    The US in pro-Kremlin disinformation narratives about Ukraine – roundtable

To attend the event, please register on the following link: