Human rights or economic ties: what does the EU want from China?

A joint online event of Political Capital and National Endowment for Democracy on Chinese, Russian authoritarian influence in the EU and the Union’s foreign policy 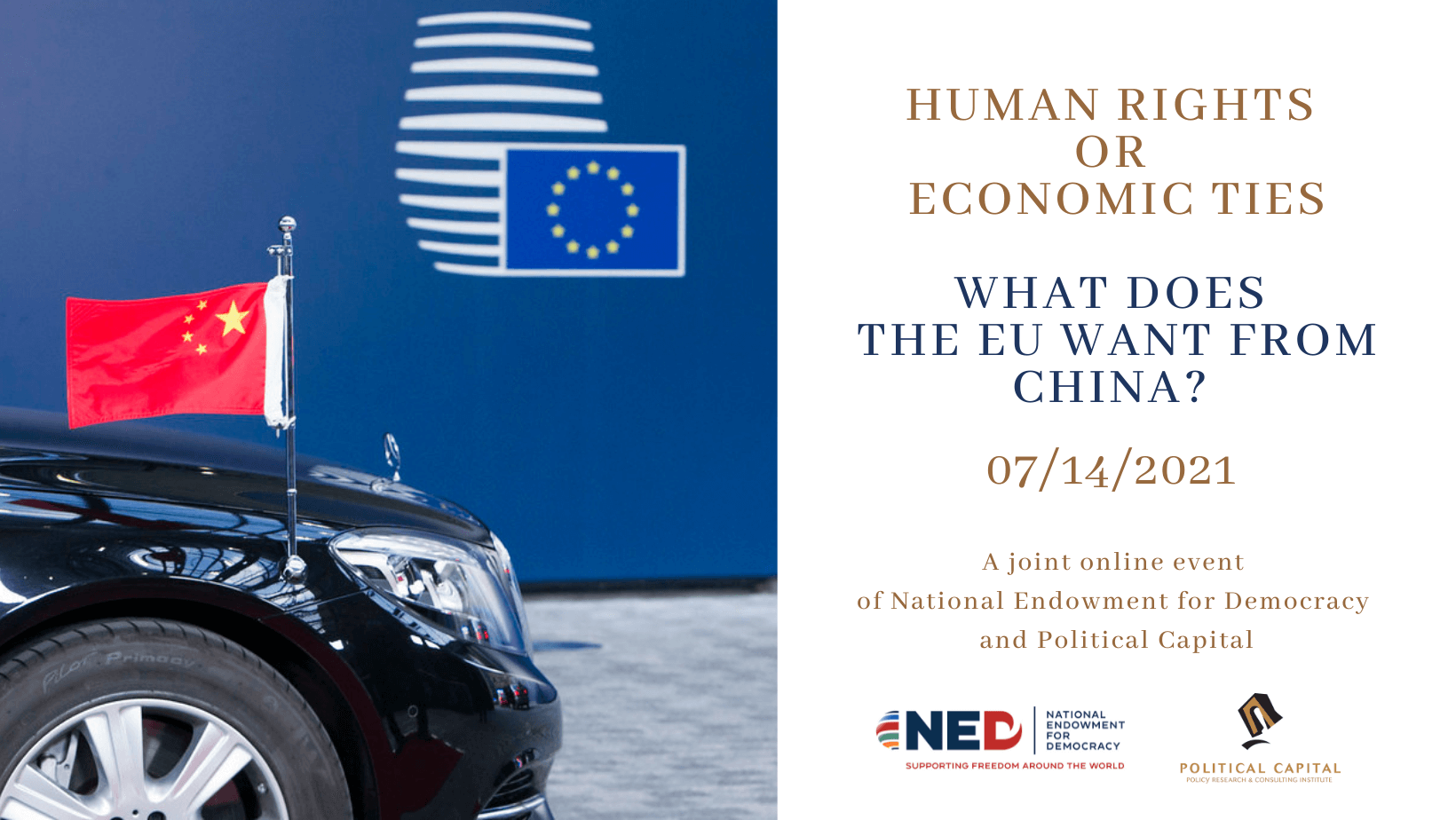 The European Union has faced multiple foreign policy challenges in the past two years, and more and more of these concern China, including Beijing’s mistreatment of its Uyghur minority and its efforts against Hong Kong’s democracy, as well as the Chinese decision to implement counter-sanctions against EU institutions and personnel. Naturally, the situation in Russia, the Belarussian presidential elections, or the Azerbaijan-Armenia war continue to pose problems as well. In many cases, the European Union failed to provide swift and adequate answers to these challenges even though the European Parliament has demanded tough action on authoritarian actors. It was, in fact, the EP, the Union’s most hawkish institution, that struck the largest blow to authoritarian influence in the EU by freezing negotiations on the ratification of the EU-China Comprehensive Agreement on Investment (CAI). On this event, Political Capital will reveal the results of its two-year-long research project on authoritarian shadows in the EU, which was carried out with the help of our valued partners, journalist Fabian Schmid from Austria, the Center for the Study of Democracy from Bulgaria, the Prague Security Studies Institute from Czechia, journalist Michal Kacewicz from Poland, Global Focus from Romania, and the Institute for Public Affairs from Slovakia, and with the support of the National Endowment for Democracy.

We will discuss the following questions, among others:

Kevin Sheives, Associate Director at the International Forum for Democratic Studies at the National Endowment for Democracy

Participating in the online event is subject to registration. Please register on the following link: https://zoom.us/webinar/register/WN_4OqW3bwDSqq_EZH9VzWMXA