Putin’s Trolls: The Tricks and Tools of the Kremlin’s Pseudo-Grassroot Disinformation

Jessikka Aro is one of the world’s most renowned experts of pro-Kremlin disinformation campaigns in social media. She is an award-winning investigative reporter with the Finnish Broadcasting Company Yle. Aro specializes in Russia, extremism and information warfare. In 2014 she started to investigate pro-Kremlin social media troll techniques and influencing efforts on public debates outside of Russia's borders. Due to her work, she became the victim of a severe and ongoing international propaganda and hate speech campaign. In 2019, Aro published a best-selling investigative book about Kremlin's information warfare in Finnish, which has been translated to several languages. Aro is also lobbying for better legislation to counter hybrid threats and protect citizens from state-sponsored online security threats. During the discussion, she will provide an extensive insight into the tools used by the Kremlin’s disinformation ecosystem, the operation of Russia’s troll armies, the threat pro-Kremlin disinformation and trolling poses to free societies, as well as into possible ways to counter hybrid threats. 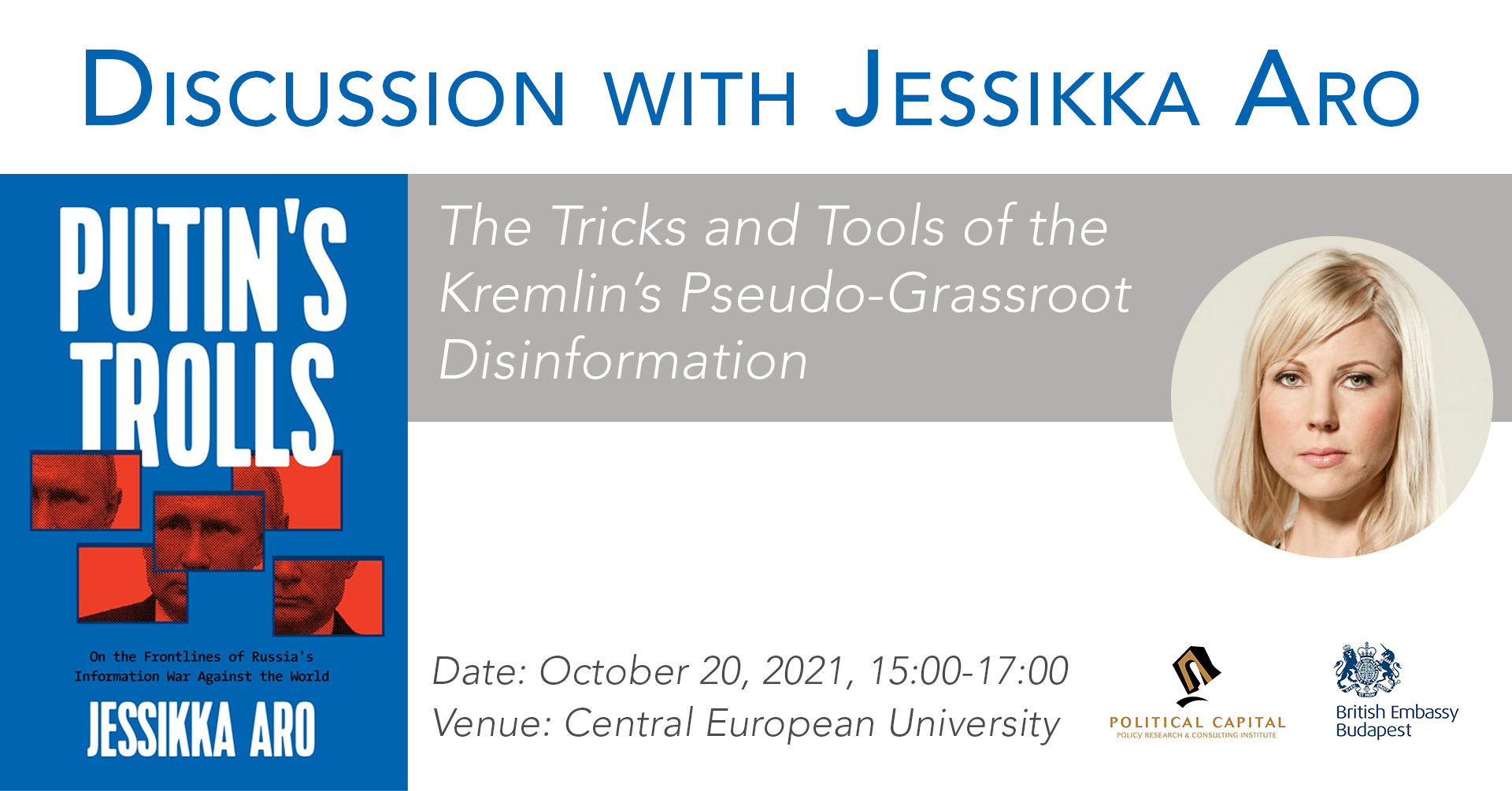 Paul Fox, Ambassador of the United Kingdom to Hungary

Jessikka Aro – Finnish journalist working for Finland's public service broadcaster Yle, the top investigator for pro-Kremlin internet trolls and the author ‘Putin’s Trolls: On the Frontlines of Russia’s Disinformation War Against the World

Please, register at the following link by 18th October: https://forms.gle/RXLLQUyoN3RC5kB96

Entry to the event: If you are participating in our event, you are required to show your proof of vaccination at entry to the CEU building. In the building it is mandatory to wear masks, as well as social distancing and using the hand sanitizers in place.